Your Decaying Pumpkins Are Basically Methane Bombs. Here’s How to Recycle Them 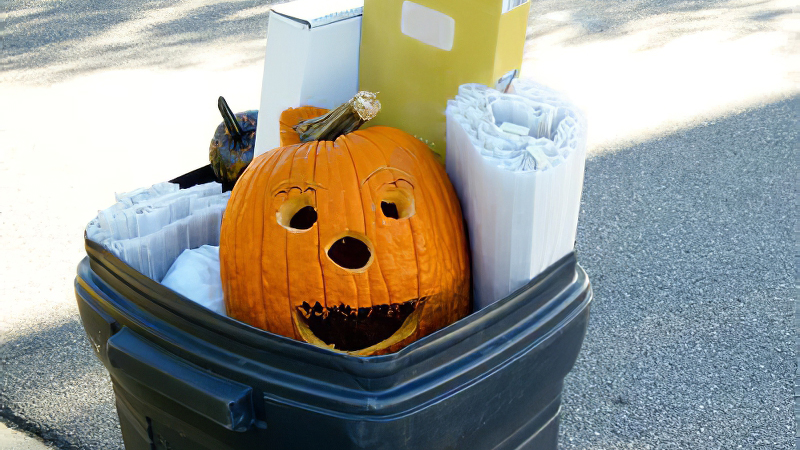 Whether you carved your pumpkin into a Jack-O’-Lantern or just left it on the stoop, it’s time to come up with a disposal plan. We’ve got you covered with a few planet-friendly options.

Halloween has come and gone, but for many, that means unwanted pumpkins. They’re at least easier to handle than those unwise Easter bunny purchases, but what can you do with that old pumpkin before it starts rotting?

Depending on where you live and whether or not the pumpkin is carved, your options may vary a good bit. Regardless, seasonal pumpkin pollution is a documented phenomenon, and every year, we grow a ton of pumpkins specifically for Halloween.

By now, you might’ve seen one or two of the many memes about vegetables. Are vegetables even real? What counts as one? The answers aren’t going to make you more confident, unfortunately. A vegetable is, according to Encyclopedia Britannica, “in the broadest sense, any kind of plant life or plant product, namely ‘vegetable matter’; in common, narrow usage, the term vegetable usually refers to the fresh edible portions of certain herbaceous plants—roots, stems, leaves, flowers, fruit, or seeds.”

That’s not very helpful. And it gets worse: The U.S. Department of Agriculture (USDA) categorizes beans, chickpeas, soybeans, lentils, and even mushrooms as vegetables, too, so all bets are off. Okay, maybe we don’t know what a vegetable is, beside the fact that the USDA believes a pumpkin counts as one for some purposes.

What is a pumpkin, then, technically? It’s something called a pepo: a relative of the berry that evolved a thick outer skin. These plants are annuals that sprawl along long vines. The family that includes gourds and squashes like pumpkins, Cucurbitaceae, also includes melons, cucumbers, and even loofahs—the plants that dry into our natural bath scrubbers. Gourds, too, can be dried. The term cucurbita itself means “gourd” and dates back to the ancient world.

The Pumpkin Industry
When we say “pumpkin,” we’re talking about a few different species. For Halloween and other autumnal decorations, the pumpkin of choice is the Connecticut field pumpkin, a variety of C. pepo. Libby’s, the iconic canned pumpkin brand, uses a proprietary version of C. moschata, called the Dickinson pumpkin, for their puree products. The other varieties in this species include butternut squash.

Illinois leads U.S. production of pumpkins, the USDA reports, despite being just the 25th largest state by area. It’s also the “breadbasket” of the canned pumpkin industry, with 80 percent of that large acreage devoted to pumpkins for canning, not seasonal decoration. In Michigan, California, and Virginia, this number is at or below just 3 percent. 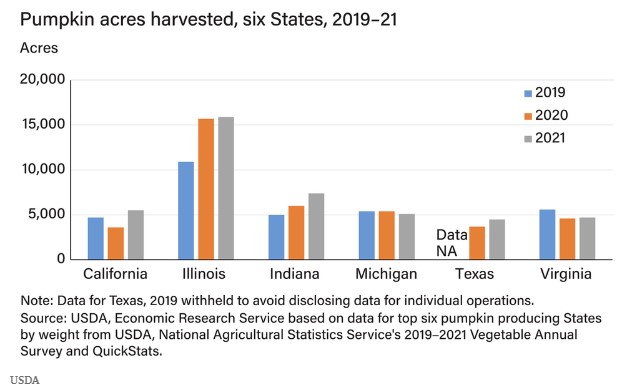 “More than one billion pounds of pumpkins are grown in the U.S. every year, and after they’ve been used for Halloween decorations, pies, and Jack-o’-Lanterns, millions of them—large, mini, orange, white, heirloom—will end up in a landfill,” National Geographic reports. From there, pumpkins become methane bombs. Since Illinois produces mostly pumpkins for the can, the proportional amount of waste there is lower. But people around the country still end up with discarded pumpkins, carved or not, that must be disposed of.

If you’ve carved your pumpkin, or applied decorations like non-decomposable paint—whichever paint you used probably falls into this category—your options are somewhat limited. You’ll probably have to just throw it away along with your regular garbage. You can still consider chopping it up further to take up less landfill space.

What if the pumpkin is just emptied and carved, without additional decoration? In that case, you have more options. Organizations like SCARCE, based in pumpkin-abundant Illinois, plan annual pumpkin-smash events, and the resulting pumpkin pieces are turned over for composting. (Smashing pumpkins is fun, anyway, but smaller pieces also decompose faster because they have more surface area to interface with the right organisms.)

If you can’t find a local pumpkin smashup, you can have your own. Let your carved pumpkin sit outside until it’s starting to soften, then smash or cut it up with something safe and handy. (Please do this outdoors, be careful, and don’t let children do it! Popular Mechanics can’t transmit common sense directly to you, yet.) From there, you can add the pumpkin to an existing compost bin, mulch it into your garden, or even bury it in the yard in general. It will decompose and transmit moisture and nutrients to your soil.

If you have an uncarved pumpkin, you have a lot more options for disposal or use. First, you can still do any of the things above, except it might be very difficult to smash a healthy, intact pumpkin—you should plan to chop or cut instead.

You can consider eating the pumpkin by roasting it first. Experts warn that traditional “field pumpkins” aren’t sweet or tasty at all, but these pumpkins do still have nutrients and can be used in recipes like soups or chilis to add texture and interest. You can also plan ahead and buy pumpkin varieties that are bred to taste good. The Spruce recommends “sugar pie, red Kuri, cheese, rouge vif d’étampes, or blue Hokkaido pumpkins.” 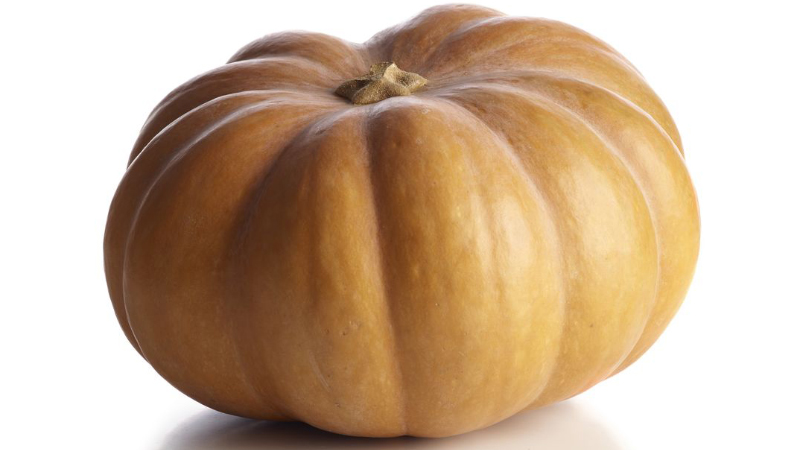 Cheese pumpkin? This very old New England variety is named for its resemblance to a wheel of cheese. Science Photo Library//Getty Images

Whole pumpkins may also be welcome at livestock farms near you. Pumpkins for Pigs connects consumers with local farms that accept pumpkin donations as feed for pigs and other farm animals. In this case, the variety of pumpkin doesn’t matter at all—pigs are infamously unpicky—and you don’t have to worry about chopping up the pumpkin yourself.

L.L. Bean’s Green Hour organization suggests turning leftover carved or uncarved pumpkins into bird feeders. People who live near forests or other safe areas for larger wildlife may consider chopping their pumpkins and leaving the pieces out for woodland animals, but experts say this can draw unwanted attention, disturb ecosystems, and may even be illegal where you live.

← 4 Ways To Get Rid Of Your Halloween Pumpkin (Besides A Landfill) Leftover Pumpkins? Make Pigs Squeal With Delight →