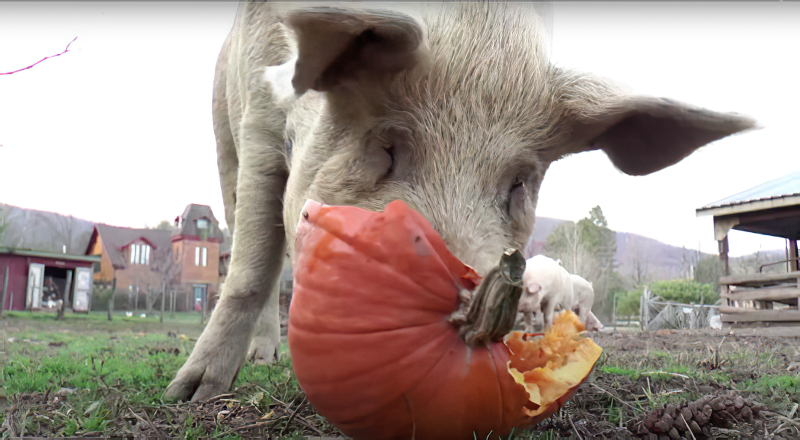 AUSTIN, Texas — The trick-or-treaters are gone, but that doesn’t mean your jack-o’-lantern has to be sent to the trash after Halloween. To help the environment, a conservation group is encouraging Texans to recycle them instead.

David Mizejewski, naturalist at the National Wildlife Federation, said carved pumpkins usually last a few days before they start to go bad, but you can help wildlife before then by cutting them open and leaving them in your yard for birds and squirrels.

He explained his group usually discourages people from feeding wild animals, especially mammals, but this is a once-a-year treat.

“It’s an OK thing to do, as long as you’re not overdoing it or putting out 50 pumpkins in your backyard, or bringing them to natural areas and dumping them,” Mizejewski explained. “Don’t do that; that’s actually littering.”

Pigs also love pumpkins, and Texans can recycle theirs at local farms and animal sanctuaries. The “Pumpkins for Pigs” program lists locations across the state to bring fresh or already-carved pumpkins, so hogs can have a post-Halloween feast.

Mizejewski noted pumpkins are perfect for composting since they’re 90% water and break down quickly after they are cut. Before adding to your compost pile, he advised removing the seeds to dry, then leaving them out for birds and small mammals such as chipmunks. Or you can collect the seeds and plant them to grow pumpkins for next season.

“Now, not only is that going to result in you having your own little private pumpkin patch, but the flowers that pumpkins put out, pumpkins are part of the squash family, and they actually can be an important source of nectar and pollen for some of our wild native bees,” Mizejewski pointed out.

There is one exception: If you have painted your pumpkin or sprayed it with anything to keep animals away, don’t offer it to wildlife or put it in a compost bin. In those cases, it’s best to just toss it out.

Disclosure: National Wildlife Federation contributes to our fund for reporting on Climate Change/Air Quality, Endangered Species and Wildlife, Energy Policy, Environment, Public Lands/Wilderness, Salmon Recovery, and Water. If you would like to help support news in the public interest, click here.

← Your Decaying Pumpkins Are Basically Methane Bombs. Here’s How to Recycle Them